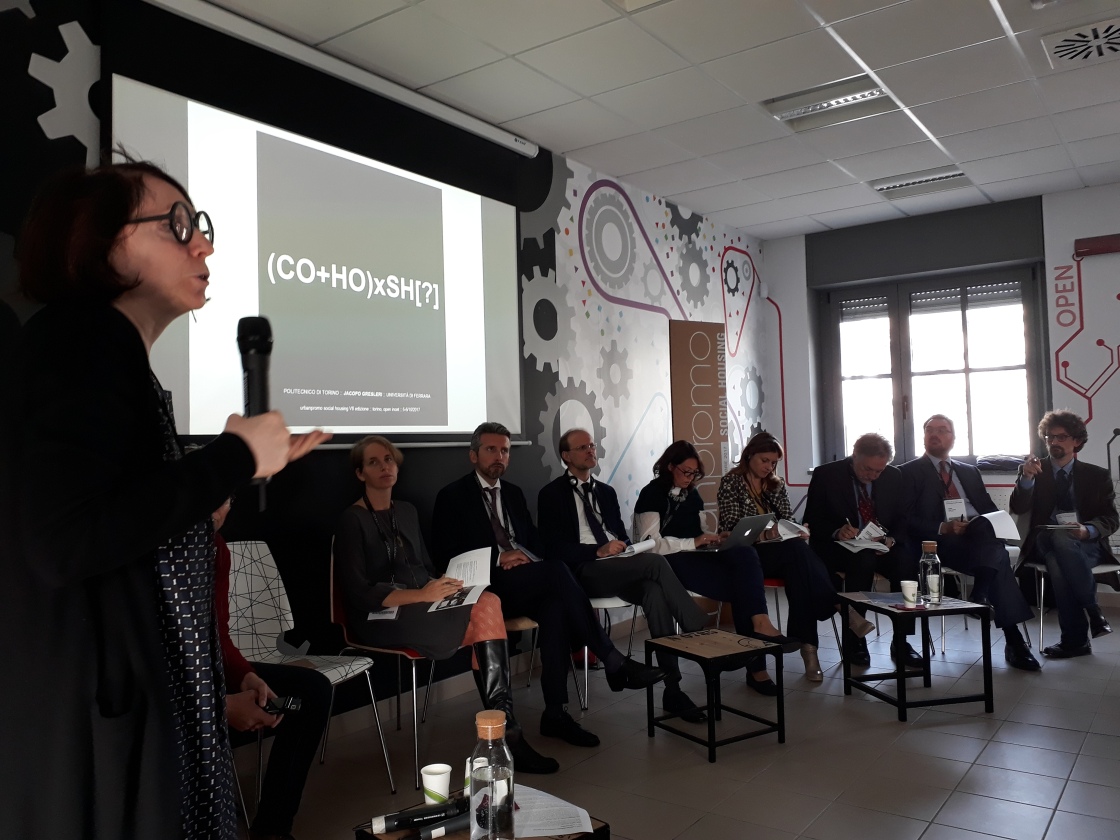 Collaborative housing as a source of disruptive innovation

Collaborative housing is the new buzz word among citizens of Europe’s biggest cities. Some are asking whether this is just a trend or something that we need to deal with on the long run. At the Urbanpromo Social Housing conference, in October 2017 in Turin, a collective of international and Italian experts gathered to address this phenomena.

Why collaborative housing is there to stay

Firstly Darinka Czischke, assistant professor at Delft University of Technology takes the floor and shares that collaborative housing is absolutely not a  short term thing. First she explains that mainstream social housing is going through a long crisis that she rather defines as a structural failure of housing providers to fulfill the variety of needs of tenants in Europe. She argues that there is a reason to study this alternative way of housing.

Next to this, there are a number of societal trends like digitalization, social media, DIY, self management, and other ways of people talking things in their own hands. There is no reason that this will not appear in housing and we better take it serious.

And thirdy both home ownership and social housing are increasingly becoming less accessible to a certain group of households, due to income restrictions and waiting lists for social housing on the one hand and the raising property prices to obtain a home on the other hand. Here collaborative housing comes in.

She concludes that collaborative housing will not solve all housing problems. But there are some reasons why it’s interesting to study it. First of all it’s a symptom of wider structural failures of established housing provision. Studying it will also result in better insights in the system in general. Next it can contribute to widening and enriching the housing offer and finally it can be a source of (disruptive) innovation into mainstream housing provision system.

How to make collaborative projects social?

Here Anne Labit, researcher at Orleans University, comes in. She shares that collaborative housing on itself is not social, meaning that it’s not open to vulnerable people with low incomes. Not only you need capital to enter a collaborative housing project, you also need a certain attitude of DIY, which is more likely to be shared by highly educated, mid to high end income groups. How to make collectives truly social?

‘Social’ versus ‘Public’ housing in Italy

The disruptive aspect of collaborate housing in the Italian context gets illustrated at the very end of the meeting, when a representative of an established public housing provider from Tuscany and Giordana Ferri of Fondazione Housing Sociale start a fierce discussion about the roles Italian social (collaborative) and public housing in society. This just illustrates that the new kid on the block in the world of social housing still needs to get accepted by its neighbors.